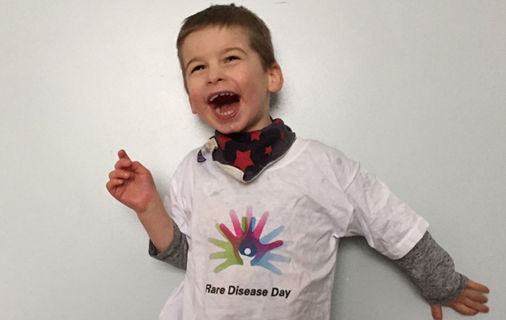 In 2015, and every year, Rare Disease Day was led by patient organisations and those living with a rare disease, all helping to raise awareness for the cause on an international scale. All rare disease stakeholders, including policy makers and medical professionals, participated to help make it one of the most successful Rare Disease Day campaigns to date!

Thanks to your efforts, we conveyed a common message and extended our network in order to help improve the lives of people living with a rare disease, and their families.

The official Rare Disease Day video was the most successful to date with over 1.5 million views on Facebook! Thank you to the tens of thousands of people who shared the video across 27 languages.

Patient organisations around the world held an array of events: from symposiums and debates, to fun days for children, through marches, media conferences, exhibitions and concerts … people like you came up with all kinds of new ways of building awareness locally.

Events across the world:

The EURORDIS Rare Disease Day event in Brussels, which was open to the public:

More information for this eighth edition